All That Is Solid Melts into Air - Marshall Berman

"Suppose, as Marx supposes, that bourgeois forms decompose,
and that a communist movement surges into power:
what is to keep this new social form from sharing its predecessors fate
and melting down in the modern air?"
Marshall Berman, All That Is Solid Melts into Air, 1982

Monolithic, solid, liquid - the ubiquitous and pervasive influence of modernity has inspired an array of metaphors, so many images that reflect the peculiar interpretations of the modern as a supra-historical force. If modernism's spirituality, as I suspect, is a mystique of history, the indefinable and evasive nature of modernity calls for poetic and negative definitions, not unlike the rich paraphrase that fueled two thousand years of Christianity. 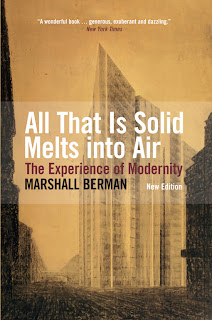 Marshall Berman - All That Is Solid Melts into Air - 1982

Marshall Berman in All That is Solid Melts into Air apply himself at identifying the history and typology of the modern phenomenon, at producing a different theology -and anthropology- of modernity, solidly rooted in his broad knowledge of literary and intellectual history.

If modernism is religious in character, it asks from it's students a leap of faith: although the sweeping changes to all landscapes that are described artfully in the book are undeniable, many an interpretation can seem at time to read too much in those events, to find groundbreaking novelty were others could find only the insatiable repetition of age-old conflicts. But this is hardly specific to Berman's views, in fact, it is the rule of the game.The identity between modernism and modernity that Berman seems to presuppose made me at times uncomfortable, I will prefer Paul Greenhalgh's understanding of modernism as a self-conscious phase of modernity, but if such broad concept as a monolithic modernity is to be examined, we will have with to acknowledge modernity as a force, be it a "real" historical phenomenon or at least as a cultural one, undeniably reigning over our collective imagination.

His understanding is, and this seems to be the originality of his work, intrinsically rooted in a geographical, as well as historical, understanding of the process: the book is structured around five cities, which he presents as five types and five epochs of modernity as a process, each with their own idiosyncratic appropriations and reactions to the cultural, political and social upheavals that characterize the new era. 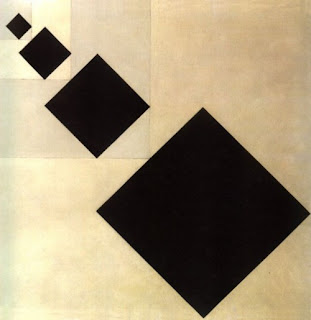 The five sections: first we are guided around the historical phenomenon of modernization by Faust and his various incarnations whom Berman agreeably identifies as the foremost metaphor of the period. The very ambivalence of modernization, offering both unlimited power and insatiable corruption of the established order of things, is highlighted as mephistophelian and, in the process ascribed the fitting role of funding myth in the spirituality he outlines. We then proceed to examine the poetics, and latent spirituality of Marx's thought: beyond the obvious themes of eschatological revolution he identifies what I am tempted to call "gaseous modernity": all that is solid melts into air, and air itself keeps on melting further and further -from air to ether most likely- modernity is here defined as the unstoppable and universal process that brings all things to an end. The process, that is in my eyes, history, is the sole permanence in this world, and therefore the inaccessible source of all transcendence.


"For dialectical philosophy nothing is final, absolute, sacred. It reveals the transitory character of everything and in everything; nothing can endure before it except the uninterrupted process of becoming and of passing away, of endless ascendancy from the lower to the higher. And dialectical philosophy itself is nothing more than the mere reflection of this process in the thinking brain."
Frederick Engels Ludwig Feuerbach and the End of Classical German Philosophy, 1886
quoted in V.I. :Lenin, A Brief Biographical Sketch With an Exposition of Marxism, 1914

Next comes Baudelaire and Paris, which I found to be probably the most compelling section of book, maybe because it was the subject I was the least familiar with: once again the ambivalence of the poet is found to reflect the inbuilt contradiction of modernization, albeit here one that reflects a very material and physical process rather than spiritual or ideological: urbanization. Berman artfully outlines the new spectacles that radical changes in urban life brought to European culture: the confrontation between bourgeoisie and misery, the objectification of the crowds, their links with material and consumer culture and the blossoming society of spectacle.

We then proceeds to examine, but with a different lens, the "modernism of underdevelopement" he finds in Saint Petersburg. Here is a world apart for Berman, where the spectacle of modernity he identified in the previous chapter take a life of it's own, split from the modernization process. He proceed to identify a form of surrealism he takes to be characteristic of Petersburgian literature  where everyone, from Dostoevsky to Biely, is an ardent humanist, whose ethical concerns are best expressed not in political statements or an ethical praxis, but in their tackling of the strange and the surreal.
The shortcomings of the soviet regime are bundled together with the autocratic rule of Tsarist Russia in an attempt at imposing "from above" the appearance of modernity, that is, it's technical apparatus, without allowing the process to bring about social and political shifts that can support it. This of course, is reminiscent of the theories ascribing the rise of fascism to Germany and Italy's late modernization, and whereas the argument certainly hold some truth in economic terms it fits awkwardly in a work that belong clearly to cultural and literary history. This results in a very idealist distinction between modernization "from above" and modernization "from below", but more on this later - for now let me just say that his depiction of Tsarist Russia could well be ascribed to his own category of the "pastorals", of fictious and mono-dimensional representations which here allow for a slightly Manichean representation. Lastly a short chapter takes un around NYC which was a compelling read on a field I have virtually no knowledge of, and on which I will therefore refrain to comment. 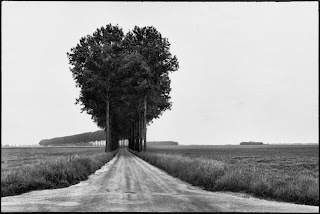 As compelling a thesis as Berman's, one is bound to have qualms with anyone's interpretation of a concept as broad as modernity. Mine comes with his notion of "Modernization from below" which emerges towards the end, as the analysis take on a more decidedly political turn. The author largely eclipses his own political views in most of the book, as a genuine "theology of modernity" owes to do, keeping them checked in all of his analyses, but it seems that when acknowledging the failure of the soviet regime he feels the need to characterize the soviet project, so as to protect the ethical viability of modernist politics.
For him, it seems, state-led modernization such as the soviet project, or other guises of authoritarianism he hinted at earlier in the book (Hausmann's urbanism, the Goethean Faust's pursuit of modernization, etc.) belong to the family of "modernization from above", a claim I would be at a loss to reject, but which he goes on to posit in opposition with what he calls the "modernization from below".

But the paradox he seems willing to ignore is that modernization, if taken outside of the pure field of scientific history, and as he does throughout the book, in the field of cultural history, is essentially a collective phenomenon: modernizing has been done on smaller scales throughout history, but modernity arise with the awareness of the process, an awareness that propels the phenomenon on a cosmic scale (or at least a "suprahistorical" one) and feed onto the very self-reflexivity he so compellingly outlined.
There can only be a "modernization from below" if the said "below" is taken as a group, as a collective, else none of the crucial awareness brought about by modernization will be allowed to exist. To presuppose that the "below", the undifferentiated mass of individuals undergoing modernization, can do so and reflect on the process, requires a "methodological collectivism" allowing for collective identity, wich in my eyes is bound to bring about the very normative and monolithic modernity he is also so eager to reject:

Berman attaches himself at bringing to light what he understands to be a humanistic modernity - an excruciating task no doubt, given the permanent striving of modernists to surpass the boundaries of what they perceive as an outdated concept - this leads him to focus on the self-reflexivity to be found in many of the thinkers he examines, highlighting their shared anguish and something akin to humility, in their restless criticism of everything that surrounds them, including themselves.
The problem I perceive is that this emphasis relegates a large section of modernity, and of modernism in particular, to the realm of the pathological or reactionary, from the futurists to the CIAM. One could be tempted to absolve him on the grounds of writing in the era of post-modernism, but his animosity towards what I find to be the most stalwarts, unequivocal proponents of modernism seem to be largely an ethical biais: his fascination for the contrary impulses and the psychology of the modern thinker cannot accomodate those movements that appear to embrace modernity in all it's monolithic and crushing unity, they refuse the fragmentary mindset he set out to explore. Does this mean that he owes to deny those manifestations' fundamental modernity? I think not: if indeed self-reflexivity and dualism are characteristics essential to the radical critique (as Greenhalgh would have it) of modernity, the 'total identification' of modernists with modernity is at the very least worth more attention than he gave them. 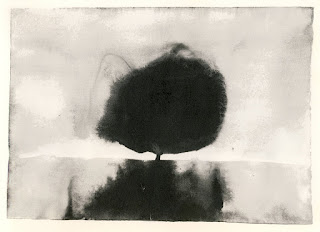 All in all, this is one of those books, beyond all discussions of it's theoretical analysis, whose sheer culture and depth of thinking amply justifies the reading: the author sweeps across the fascinating multitude of modernisms, battles heroically with their contradictions and parting this blood-red sea leads us not to the inchoate Eden of post-modernity but in the Promised Land of a new modernity, a plural one that rely on self-reflexivity to accommodate it's inner contradictions while retaining those of it's ideals that he finds compatible with his humanistic worldview.
The question as to whether humanism is to find it's place in modernity is probably what actually separate me from his stand point, and I would be more inclined to see in modernity, and especially in modernism, a striving for the supra-human that is bound to negate humanity as a de-facto community.
Yet surprisingly Berman also echoes, better than most, my understanding of modernism as a religious point of view: he insists on translating Marx's use of "Geist" as spiritual rather than intellectual, and his grasp of the very self-reflexivity of modernism acknowledges the inherent mythical mechanisms involved in the process.
My copy is scribbled all over and I can only wish there had been larger margins for me to take notes and I will no doubt both explore further many of the authors he has engaged with, and come back to the book in the future as a reference on a meaningful thinker.
Posted by Bertrand
Email ThisBlogThis!Share to TwitterShare to FacebookShare to Pinterest
Labels: Allegory, America, Avant Garde, Contemporary, Essay, Fragmentation, Historiography, History, Le Corbusier, Litterature, Marshall Berman, Marxism, Metaphor, Modernism, Mystique, Poetry, Post Modernism, Soviet, Traffic
Newer Post Older Post Home