Apophasis and Pseudonimity in Dyonisius the Areopagite - Charles M. Stang


“Or, if the poet everywhere appears and never conceals himself,
then again the imitation is dropped, and his poetry becomes simple narration.”


Patristics in theology covers the writings and development of the christian dogma from it’s very dawn in the Apostolic Age throughout all of the Late Antiquity. Under a variety of angles this has been in Religious History a field of particular interest: chief among those angles is the sheer drama of conflicting interpretations, that will lead to establish the biblical Canon, dismissing in the process several dozens of apocrypha, and in many ways prefiguring the east/west schism that will mark the separation of orthodoxy and Catholicism. An other notable characteristic of the era, among many others but of particular relevance to this book, is the overlapping presented by the period between, obviously, early Christianity and it’s spin offs (Gnostics, Arians, etc.) on the one hand, Hellenistic Judaism on the other hand and late Greek philosophy and mystagogy.

The Corpus Dionysacium, on which this essay focuses, is an ensemble of texts theoritically authored by Dionysius the Areopagite, a greek disciple of the apostle Paul, who converted from paganism to christianity after hearing Paul’s discourse as reported in the Pauline Epistles, an authorship that has been long discussed and seems to have been now pretty much universally dismissed as a hoax. The borrowings of the author from late neoplatonicians sources evidencing the pseudonimity of the book which, Charles M. Stang insist, has generally been treated as a device to garner undue attention by means of apostolic proximity. 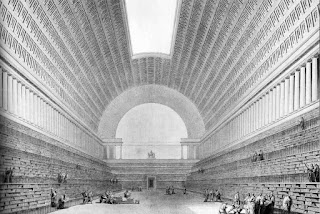 The text itself is a discussions of the heavenly and worldly hierarchies, but also covers a wide area of mystique concerns, that is, of theoretical supputations and practical rites concerned with the contact between the individual mind and the abstract world, tending ultimately towards actual union or dissolution within the absolute. This mystique approach here takes the interesting form of what is called apophatic theology, a practice and a theory to be found in a variety of religions but which the author has here inherited from the very clear influence of the pagans: the central idea could be described as admitting the inneffability of God, and the need, therefore, in order to identify him, not to attempt to describe what He is, but what He is not.

Now we are all set, we should be able to appreciate Stang’s daring thesis, defending Pseudo-Dionysius the Areopagite’s intention in borrowing a name some five hundred years older than his.

Most of Charles M. Stang’s thesis revolves, unsurprisingly, around the concepts of pseudonimity, which he proposes to see in a radically new light, and around the idea of apophasis or negative theology, which seems to provide evidence for his interpretation of the pseudonym.

Stang insists, breaking with the prevalent interpretation yet drawing on multiple scholarly theories, that the clear pagan neoplatonician influence present in the Corpus must be taken into account, and consider that the actual fifth century author at the very least deeply identify with the biblical character whose identity he borrowed because he was himself a pagan or influenced by pagan philosophy, and converted after reading Paul’s discourse to the Athenians (Acts17:22-31):
In particular, the Athenians maintained a peculiar form of cult known as “the unknown god”, a relatively recent concept, which one could describe as a sort of spiritual fail-safe, in case the established pantheon was to miss any significant deity: the cult given to the unknown god was intended for all the deities who might not have yet been revealed. Paul in his discourse makes a parallel between that unknown god and the christian God, drawing on this rapprochement to the materialist and “vulgar” aspects of the greek religion.

Now seeing the pseudonym, in the light of this passage, as the keystone of his interpretation, Stang argues that Pseudo Dyonisius practice some sort of proto-traditionalism: elements of a primordial, genuine cult of the christian God survives scaterred among the pagan tradition. This allows him not only to “recycle” pagan wisdom, but also to justify his frequent references and borrowing from neo-platonicians metaphysics. 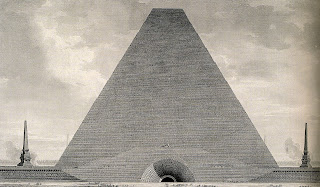 But more importantly, at least for us, is Stang’s daring development of the practice of pseudonymous writing: documenting a certain number of scholarly opinions on the matter and drawing on a couple of case studies (namely the obscure Acts of Paul and Thekla and Saint John Chrisosthome), he goes on to document the peculiar understanding of time he attributes to early christianity, which is somewhat analogous to what Eliade and a crowd of comparative religious scholars evidenced in primitive societies: the beings, here the apostles, part-taking in the founding myths of the tradition, here the life of Christ, belong to a different time-line, para-historical if you will, that allows them thanks to their symbolic nature (archetypal?) to subsist throughout time.

Obviously this is no fundamental news in regards to traditional belief systems and the conceptions of “other-world”, “after-life” and “dream-time” in animist societies for example have already been much discussed but in the particular context of christianity this proves to be quite novel and interesting, questioning for example the wide-spread conception that christian thought is historical rather than mythical.

But the crunchy bits are still to come, for the core of the thesis concerns the mecanism by which contemporaneity and the apostolic times are super-imposed, or “telescoped” as the author puts it: quoting Derek Krueger, whom you are bound to read more about on this site, he develops an interesting theory of writing as a spiritual exercise, an ascetic practice like the Lectio Divina or Hesychasm. But in the context of early christianity, this allow the writer to perpetuate the transmission of knowledge between the  the apostle and himself much like the apostle received it first from Christ himself – or, to go back to our motif of traditionalism, to create an initiatic chain. 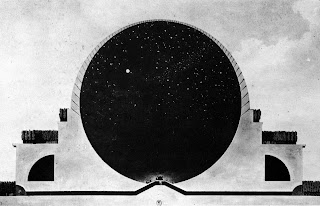 As we have seen earlier, the pseudonimity of the author has been proved largely from his consistent borrowing from neoplatonicians both in concepts and terminology, Proclus more than any others, but in exploring further timely analogies, Charles M. Stang stretches the author’s ecclecticism to Hellenistic Judaism with Philo of Alexandria, an other major thinker of the era and one of the chief representant of Hellenistic Judaism, a school of thought integrating some of the more rationalized elements of pagan spirituality inside the Jewish tradition. Philo himself report experiencing similar transport but relates it to the second axis of the essay: apophasis, the pursuit of conceiving god by it’s negation. That same Philo become the base of an apophatic anthropology that Stang will proceed to reveal in the Corpus Dyonisacium, complementary to the already recognised apophatic theology.

The essence of this doctrine seems to be found in the need, in order to achieve union with God, not only to experience him through negative definition, "unknowing" him for Stang, but also for the subject to unknow himself. This is achieved on one hand, through an other spiritual practice, less original this one, of the divine names both descriptive and negative, for unknowing god, and through the very exercise of writing for the mystique.

The approach to writing as a form of devotional exercise that involves a spiritual communion, and inspire the writer, is especially interesting for us in that it deals with the intrinsiquely irrational concept of creativity, but mainly because of the light it sheds upon the myth-making process.

Therese of Avila’s Interior Castle make use of the image of a castle containing seven mansions as an image for the progression of the soul towards the final unio mystica. This allegoric representation of abstract concept certainly play a role in mythopeia but it is more the space in which this castle exists, the interior space, that is of interest:


Popularized by Loyola, a complementary example is to be found in the spiritual exercises of the Vita Christi which involves a form of intense visualisation of biblical scenes, followed by a projection, in spirit, of the subject inside of the imagined scene. This visual meditation allows interactions with apostolic figures in the ambiguous space of the imagination justified by faith.

The existence of a space in which subjectivity takes the guise of the inferior, material world, to express the mystique path through a narrative is paradoxal: wheras philosophy, at least post-aristotelician, works towards the expression of abstract processes in adequate, abstract terminology, religion and christianity in particular embrace this paradox and perpetuate, although under much control, the proliferation of such didactic symbolic journeys.  This hints, as Henry Corbin develops further in his theories concerning the imaginal space in sufism, at the emotional aspects of religiousity, that needs, unlike the more rational philosophy, to be experienced rather than processed for the subject to enjoy the entirety of it’s message, which includes supra-rational elements. 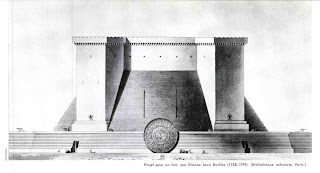 But the spiritual exercise proposed by Stang is not meditation: wheras prayer and meditation pave the way to internalized “creativity”, writing is a very different process: the spontaneity of free-association or the hysteria of glossalia have little space to express themselves in what has been and still is a structuring exercise (of course poetry perpetuate somewhat the myth of spontaneity, but mostly when we decide to write something down, it is in order either to structure our thoughts or to memorise.) Yet there has been a string of claims to such “inspired”, urgent writing or even graphics, like spiritualist automatic writing or Austin O. Spare drawings. But both belong to occultism rather than mystique as such and suffer the universal syndromes of the times: more interest in the means than in the goals: goals which have fully disappeared in the post-modern variations where I am not surprised to see emerging automatic coding and ecstatic film-editing.

It is hard to imagine such exercises involved in the creation of the modernist myths, political or metapolitical, but on that front it is interesting to note that what the Griffin new consensus preach enforce ten years as the core myth of fascism, namely palingenesis, the need for a rebirth of the nation to escape the cycle of decadence, finds an echo in the aim of the ascetic practices, askesis “the reconstituted self”.
Posted by Bertrand
Email ThisBlogThis!Share to TwitterShare to FacebookShare to Pinterest
Labels: Bible, Charles M. Stang, Christianism, Essay, Hoax, Mystique, Myth, Neoplatonicians, Patristics, Plato, Pseudo Dyonisius the Areopagite, Theology