“...expressive of enormous power
put forth, and resistance overcome.”

Renato Nicolodi is born in 1980 and seems to be based in Belgium. He uses wood and concrete to produce his artworks but other than that, information is pretty scarce. 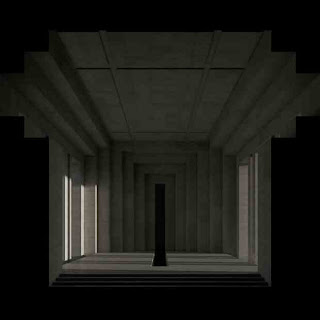 The monument, in it’s traditional definition, is either a memorial or a ruin. The memorial is a construction a posteriori intended to represent a historical phenomenon considered to be worth being remembered either as a warning or as a celebration, a message from the present to the future about the past. The ruin can be originally a memorial, but at any rate that is not any longer it’s chief appeal: the ruin is a fetishized remain of our past, which participates in anchoring us in myth and history, a message from the past to the present about the future. 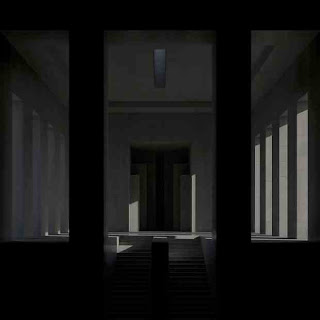 The monument as such has no function. It is tempting to see it as a receptacle of the sacred, which in many cases it might have been in the past, but it is not it’s primary function anymore: the monument seems a fundamentally modern concept. A slow but radical shift in the understanding of the sacred brought it’s focus on time and history rather than space or process. The occasional rarefied ceremony aside, the monument is optional: it’s experience is highly personal and the fruit of an individual decision, it hardly requires any ritual (at least compared to the collective experience of the sacred) aside from the duty of memory, a deeply modern (moral, political and internalized) form of spiritual exercise. 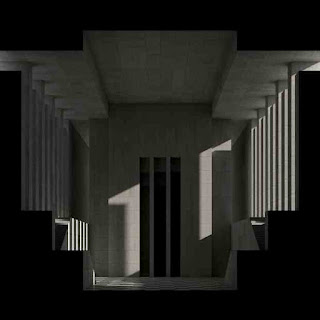 This shift in our experience of the sacred from the collective to the individual and, less and less, to the historical, is quite significant. Monuments are often regarded as being collective in essence – as manifesting the collective will, but I would here disagree. There is a number of individual monuments, designed, and sometimes even built, by an individual character.  Two of the most spectacular examples would be the Ideal Palace (1879 to 1912) of the Cheval postman or Tomaso Busi’s Ideal Town (1956 to 1981) in Scarzuola. Whereas Scarzuola’s Ideal Town, a real life, contemporary Cappricio, was described by it’s architect as a “autobiography in stone”, paraphrasing hermetic symbolism in a (pre)surrealist fashion (De Chirico springs to mind) and their fascination for the personal cosmology and it’s sacrality, Cheval's Ideal Palace is generally relegated to the "outsider art" section, while his self-confessed objective was "to prove what the will can do". In that regard, the sheer scale of their respective works, and the total lack of financial and technical means of Cheval, do achieve the monumental quality.

"(...) Crisis Heterotopia, i.e., the are privileged or sacred or forbidden places, reserved
for individuals who are, in relation to society and to the human environment in which they live,
in a state of crisis: adolescents, menstruating women, pregnant women, the elderly, etc."


It is clear that the monument belongs in Foucault’s category of heterotopias, although in a rather typical biais his classifications seems to be more oriented towards quotidian, underrated spaces than self-consciously and conspicuous expressions of the sacred. This distance between the modernist aspiration and Foucault's approach I find quite exciting: The monument certainly tick many of the boxes of the checklist we are given to identify Heterotopias.
Nicolodi’s work reminds me of Gerard Trignac cyclopean cities, but obviously the medium itself marks a first significant difference, and more importantly, the aesthetics of the buildings share little aside from their monumentality: Trignac’s wonderful illustrations depict generally a city, as in a set of interconnected spaces, to come back to Foucault’s terminology, wheras Nicolodi focuses on the isolated construction, truncated from it’s environement and leaving the symbolic meaning as sole possible interpretation of the building. This understanding of the space as a self-standing, autonomous microcosm further the clean and sharp modernism of the building, which, if they echo the future as much as antiquity, show no signs themselves of the passage of time, unlike the run down towers of Trignac slowly backing down in face of the vegetation.


The monument, as I said earlier, relates deeply to history, as either the cause or the purpose of the circumstances in which it is built: they commemorate a change or a turning point, real or fictional, which acts for the collective (generally the nation) as a coming of age. Revolution, essentially, is the teenage crisis of the free-world. Those Crisis Heterotopias are essentially the sacred space in which the transitory initiations are performed or experienced, liminal  yet not exactly ritual, or not intrinsically ritual, just like the monument. The difference between the monument and Foucault’s Crisis Heterotopia, though, intervene at an interesting level: whereas his system is essentially centered around the individual experience, the monument is a transition space for the supra-individual. 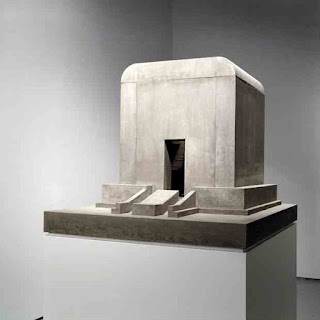 "On the contrary, from the moment when people are no longer sure
that they have a soul or that the body will regain life, it is perhaps necessary
to give much more attention to the dead body, which is ultimately the
only trace of our existence in the world and in language."

Michel Foucault, Of Other Spaces, 1967

The monumentality of the Heterotopia of Deviation has probably been best outlined by the very curious engravings of gigantic prison scenes of the architect Piranesi (but can also be in Nicolodi's epic interpretation of Bentham's Panopticon) found War memorials come to mind as the widespread and obvious example of Heterotopia of Deviation, where the collective/self sacrifices are actualized to perpetuate the statu quo it originally achieved. But it is worth noting that the individuality of those dead for the cause become dissolved in their collective sacrifice: they live in the cause, and just like ritual visits on the tomb and memorial masses resurrect the deceased for the time he is the focus of our attention, in the case of the collective sacrifice, daily life itself should ideally be a celebration of the deceased who died for our way of life, for our ordinary rituals. The monuments are as many tombstones to the society that disappeared in those conflicts.
The instance of the mausoleum is of particular interest and in the case of Lenin’s it might even give us a hint as to the specificity of the modernist-authoritarians relationship to the sacred: the monument is individual in that it only celebrates one dead, whereas the awkward equivalent in our western democracies would either celebrate the abstracted heroe (The Unknown Soldier) or the collective (Cenotaphs). In both cases however, the paradoxical relationship, in modern societies, between the mourner and the mourned is one of a crowd claiming an personal, emotional, rather than ritualised or social relationship with the mourner. The ability for the "symbol" (Lenin, the Unknown Soldier) to sustain such intransigent connections with such a large amount of people might well participate to divinize him. 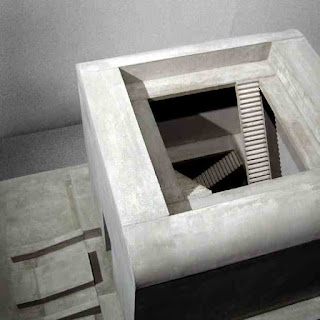 "Fourth principle. Heterotopias are most often linked to slices in time - which
is to say that they open onto what might be termed, for the sake of symmetry,
heterochronies.The heterotopia begins to function at full capacity when men arrive
at a sort of absolute break with their traditional time."

Michel Foucault, Of Other Spaces, 1967

When in The Total Art of Stalinism, Boris Groys describe the Avant Garde and the Socialist Realist art as both attempting at establishing themselves in an extrahistorical space, he does not address, maybe because it is so obvious, the shared monumentality of the two discussably opposite movements: Monuments are more than anything else Heterotopias of Time, they exist chiefly as a testament from the past to the future, a testament from an idealised past to an imaginary future. In that regard they deny the present but not the individual. The personal experience of the visitor is purely turned towards the past (memorials) or the future (the project) negotiating through the audience’s experience a unity between the contemporaneity and the mythical time. To achieve this the monument needs complete contemporaneity, that is no trace of quotes or composite aesthetics, a tension or paradoxe eminently exposed in Stefan Hoenerloh's paintings.

The example selected for this type of Heterotopias is the library - this is obviously reminiscent of Borges Library of Babel, that is so monumental in it's proportion, that it is constituted of an indefinite or perhaps infinite repetition of the same space. Repetition is a characteristic of both the sacred and the industrialized, a feature I have come to consider as playing an essential part in modernist aesthetics, because in it's multitude, it isolate the object as a signifier. This is peculiarly obvious in Erik Desmazieres Escher-like illustrations (as shown here on the awesome blog of the awesome illustrator John Coultart) or the (less convincing) Michelle Lord "City of the Immortal" project.
Unsurprisingly, Foucault’s 1964 lecture starts out on the fundamental duality of space and time, relating at time “anxiety of our era” to the overwhelming concern for space. The monumental could be seen as either confirming or countering this view: denying it as it expresses an urgent preocupation with time, and confirming it in it’s expression of this concern in terms of space. 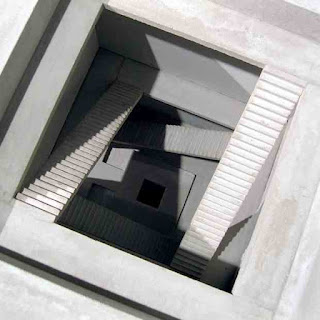 "Looking back at the ruins of the twentieth century, we see more paradoxical mergers: between suprahuman state models and human practices, between individual aspirations and collective pressure, between ascending dreams and down-to-earth everyday survivals." 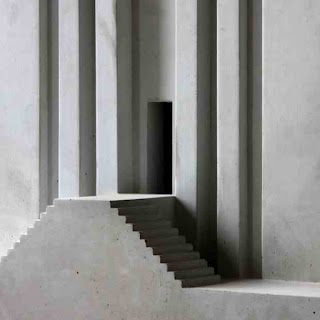 The scale of Nicolodi's art works certainly participates of displacing them definitely from the space of the collective into the space of the individual: the ritual value is withdrawn and from an environment, the monument becomes an object, if not a tool. Whereas the environment in the ritual is meant t to manifest the limits, the duty or tradition, the tool itself is empowering, it is the conductor of action, and of symbolic action, by which the participant can interact with the tradition by either perpetuating it or transgressing it. 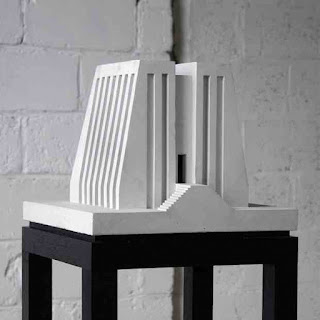 This shift in the balance of power might transform the ritual from an oppressive method of enforcing the statu quo into an individualistic self assertion, making him into if maybe not a Demiurge in the sense of Boris Groys, at least a entity on the level of collective or impersonal ones, and his own decision as national interest. 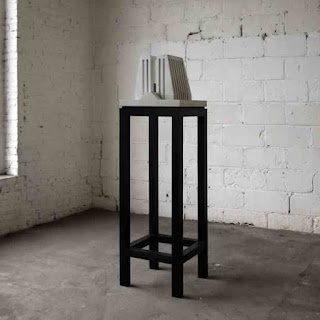