"The utter antithesis between the modern world and the old is determined by all those things that formerly did not exist. Our lives have been enriched by elements the possibility of whose existence the ancients did not even suspect. Men have identified material contingencies, and revealed spiritual attitudes, whose repercussions are felt in a thousand ways." 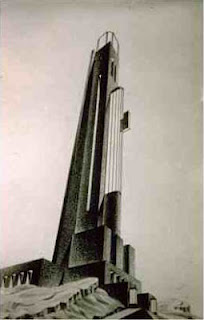 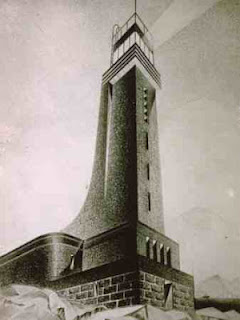 Quirino De Giorgio - Project for a lighthouse with a
luminous beam for the Yugoslavian border, 1931 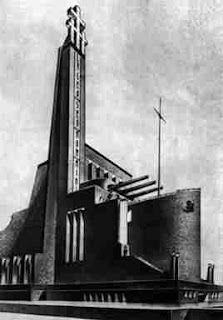 Quirino De Giorgio - Memorial to the dead at Sea, 1931 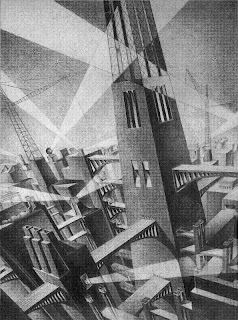 Quirino De Giorgio - House near the sea with helicopter, 1931 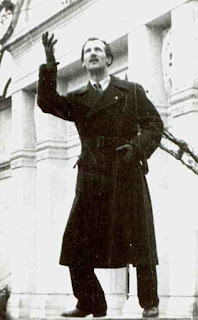 "5. That, just as the ancients drew inspiration for their art from the elements of nature, we—who are materially and spiritually artificial—must find that inspiration in the elements of the utterly new mechanical world we have created, and of which architecture must be the most beautiful expression, the most complete synthesis, the most efficacious integration"