Since One Must Be Arbitrary

“In or about December 1910, human character changed.
I am not saying that one went out, as one might into a garden,
and there saw that a rose had flowered, or that a hen had laid an egg.
The change was not sudden and definite like that. But a change there was, nevertheless;
and, since one must be arbitrary, let us date it about the year 1910.”
Virginia Woolf, Mr Bennett and Mrs Brown, 1924 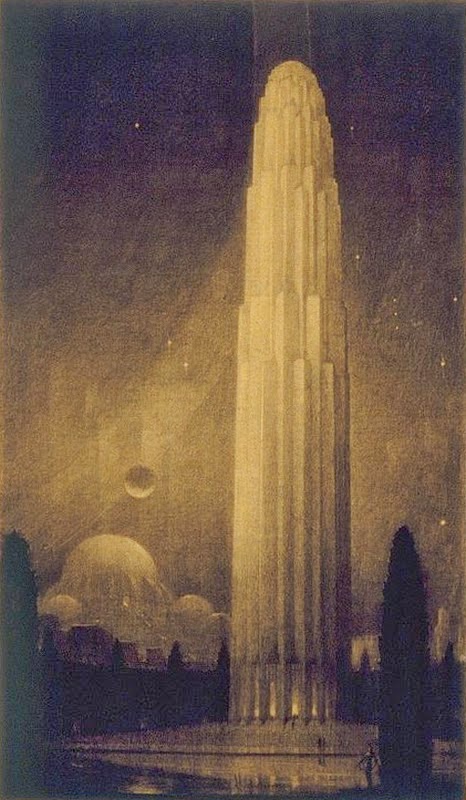 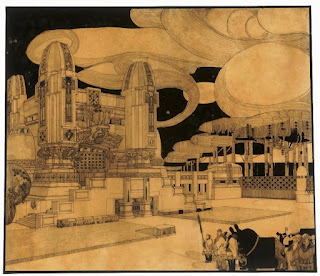 Antonio Sant'Elia - Project For The New Cemetery In Monza - 1912 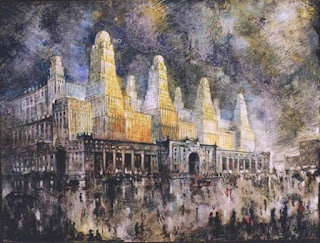 Iakov Chernikov - Pantheons of the Great Patriotic War - 1942-45
via Icif.ru


“The fact is that around 1910 a certain space was shattered. It was the space of common sense, of knowledge (savoir), of social practice, of political power, a space hitherto enshrined in everyday discourse, just as in abstract thought, as the environment of and channel for communication; the space, too, of classical perspective and geometry”
Henri Lefebvre, The Production of Space, 1974
Posted by Bertrand
Email ThisBlogThis!Share to TwitterShare to FacebookShare to Pinterest
Labels: 1910, America, Antonio Sant'Elia, Architecture, Art Deco, Constructivist, Hugh Ferriss
Newer Post Older Post Home