"Most of us cannot state our position, and we use adjectives which in themselves do not explain what we mean, but which, for a group for a certain time, by a kind of tacit convention become the "porters" or "bearers" of the complex new attitude which we all recognize that we have in company, but which we cannot describe or analyze. At the present time you get this change shown in the value given to certain adjectives. Instead of epithets like graceful, beautiful, etc. you get epithets like austere, mechanical, clearcut and bare, used to express admiration."


T.E. Hulme, Modern Art and its philosophy, in Speculations, 1924 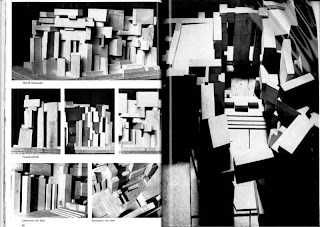 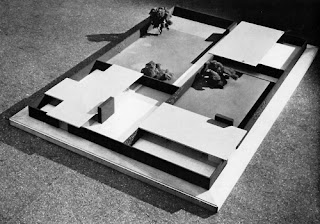 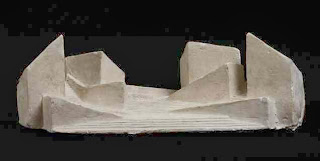 Duilio Cambellotti - Plaster model of stage set for the theban cycle at the Roman theatre - 1924.

"But this wholly dynamic way of looking at things is repugnant to the reflective consciousness, because the latter delights in clean cut distinctions, which are easily expressed in words, and in things with well-defined outlines, like those which are perceived in space"